The Record Players Concert XIII
Saturday, January 26, 2013 at 8 pm
The First Church in Belmont
404 Concord Avenue, Belmont
January 26, 2013 marks the 13th year of collaboration between the chamber music group The Record Players and the Judith K. Record Memorial Conservation Fund in bringing together people who find inspiration and beauty through music and nature. The concert, which is open to the public free of charge, serves as our annual appeal and is supported by pre-concert private and corporate sponsorships. Contributions are also accepted at the door. All proceeds from the concert go to the Fund’s endowment managed by Mass Audubon. Read the full 2010 press release. 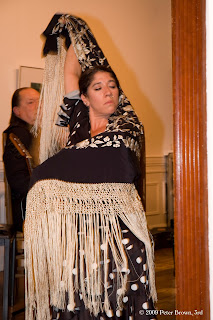 Concert XIII, with music by Boccherini, Mozart, and Eespere, as well as a World Premiers by Read, promises to be a wonderful event.  All distinguished local musicians in support of land conservation, The Record Players include Andrea Mason Nolin on flute; Colin Davis, violin; Ray Jackendoff, clarinet; Kenneth Stalberg, viola;  Sarah Freiberg, cello; Natalie Favaloro, violin; guest soloist Aaron Larget-Caplan, guitar; and guest performer Eve Costarelli.
These accomplished professional musicians have principalships and affiliations with such Boston institutions as the Boston Symphony Orchestra, the Boston Pops Esplanade Orchestra, and the Handel and Haydn Society.
Visit www.therecordplayers.com to sample their music.
Click here to watch a short film by Andrea Mason Nolin about the Record Players and Concert X.

A Personal History of the Record Players by Andrea Mason Nolin

Hello, I’m Andrea M. Nolin, and I would like to give you a little background on how The Record Players came into being in 2001.
Judy Record lived three doors down from me in Belmont, MA. She always greeted me with her engaging smile and would relate the latest news of the McLean Open Space Alliance, the organization that she founded to promote the protection of open space in the town. I wasn't alone in feeling enormous grief when a bicycle accident caused her untimely death in 2000. Since her Memorial Service was held at Trinity Church in Boston, I felt that Belmont needed to pay tribute to her in her home town. I gathered some musician friends, and friends of friends, as others were busy setting up a memorial fund in her name. Thus, the first concert was the founding event of the Judith K. Record Memorial Conservation Fund. On a snowy afternoon, over 200 people attended Concert I and over $10,000 was raised! With such an enthusiastic and generous response, our ensemble continues to perform every year. The Concert has now become the Fund’s Annual Appeal event.
Posted by Always Be Dancing at 8:24 AM