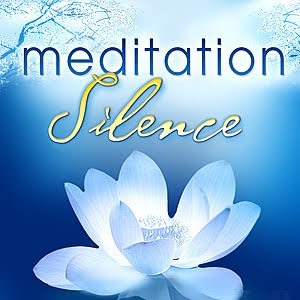 In after school yoga today, the kids started out bursting with energy. They were running around the room and there was so much chatter. It was exhausting! We started by singing “Namaste to you Om” to one of the girls whose birthday it was and after that I decide we needed to settle down.

I started class with silent meditation, taking some clues from my class this past Sunday with Fez Aswat. I had the kids take a comfortable seated position and I suggested resting their hands in their laps, one hand cupped inside the other, palms facing up. Eyes closed. First we tuned in with our ears to the sounds around us (humming radiator; teacher making noises in the room; kids outside laughing and playing) and I told them to locate a pocket of silence within all that noise; Find the silence to start relaxing with our ears. I like to imagine it is right above my head. We next moved on to feeling the relaxation in our own bodies. I let them slump a bit, drop their chins, generally flop out. Then finally, I had them start to listen to their own breathing. We listened and we felt our breath. I had them straighten up a bit and slightly tuck their chins in to elongate their spines, and really feel their belly take in the air, their ribs expand, their backs expand, trying to feel the breath all the way up to the crown of their heads.

As our breathing became more and more pronounced we took our first Downward Facing Dog Pose.

From there, we stepped our right leg back into a low lunge. Brought our hands to our knees and then arms above the head. Look at hands and if they had the strength, they could straighten up their back leg and then back down. Standing, with right leg pointing front, we did Warrior I & II (“I am courageous”). Hands back down to floor and took a strong and sturdy plank pose. Back to Downward Facing Dog Pose and repeat the whole sequence on the other side.

Finally, coming all the way to the ground, into Crocodile, resting our head on our hands.

A series now of two locusts, which spontaneously turned into an air swimming session. Then two Bows, where we giggled and rolled back and forth and side to side.
I then helped each child roll up in their mat, arms by their side, totally en-wrapped by the mat. It is such a calming a good feeling to so this. One girl said she did not like to do this and when I asked if she had ever tried it before she said no, but that she didn't like to be a taco. Ha-ha! Well I got her to try and lo and behold, she loved the feeling. All wrapped up, I had them play the “I Am Heavy” game. I had them listen to my voice and not talk. I led then through a series of making their body parts feel heavy: feet, calves/lower leg, knees, thighs/upper leg, belly (here we paused for a moment and thought about our breathing and once again we listened for the silence above us), backs, hands, lower arm, upper arm, shoulders, neck; at the head now, I first had them feel that their foreheads were cool and relaxed, that a nice relaxing breeze was blowing on them and cooling their forehead, the head is heavy but the forehead is cool. I have read that having the head feel warm and heavy can lead to headaches, so it is important to always have the forehead be cool.

After unwrapping, we took Child’s Pose for a moment.

For a song today, I chose “Peace Like River” with the body movements by Shakta Khalsa of Radiant Child Yoga. The kids now slightly different lyrics (Peace like a river; Love like an ocean; Joy like a fountain) so we used those instead.

In total we did more than 15 minutes of silent mediation today and the effect was profound. At the end of class, the kids were alert but focused and totally relaxed but energized. They were not the sparks of energy who had entered class but they were eternal lights when they left.

Hands to hearts, feel the rhythm of your own pulse....Namaste!
Posted by Always Be Dancing at 5:57 AM